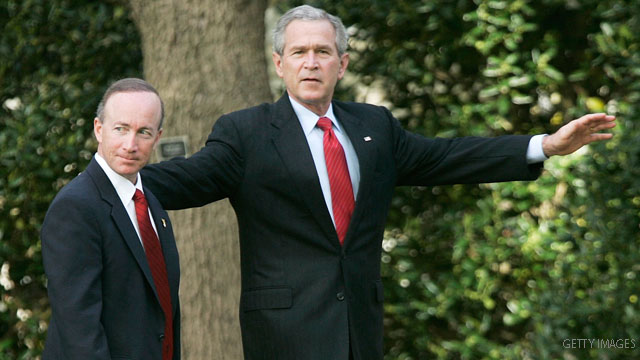 Washington (CNN) - Republican Indiana Gov. Mitch Daniels revealed Tuesday he has consulted with his former boss, former President George W. Bush, about a potential run for the White House in 2012.

Although he wouldn’t divulge details of the discussion, Daniels, who served as Bush’s director of the Office of Management and Budget, said he is aware he owes people an answer about a bid. Daniels has said he would make up his mind at the conclusion of the legislative session in Indiana, which ended Friday.

“Believe it or not, I’m not one of those people who’s ever sat around scheming and dreaming,” Daniels said on “Fox and Friends.” “Never entered my mind, but I’ve agreed at the behest of a lot of people to give it some thought.”

“I think both presidents would be very quick to give primary credit to our military and to our intelligence people, folks who did the real work,” Daniels said. “We ought to not over read it either, everyone said correctly this is a huge moment, a symbolic victory that this struggle’s not over, won’t be for a long time.”

He also said he hopes the sense of patriotism in America following the mission is not fleeting.

“People care about the security of this country every day but absolutely on an occasion like this,” Daniels said. “Let’s hope it’s not too temporary, the unity, the spontaneous unity we saw is always great and we need it for other purposes in this country.”