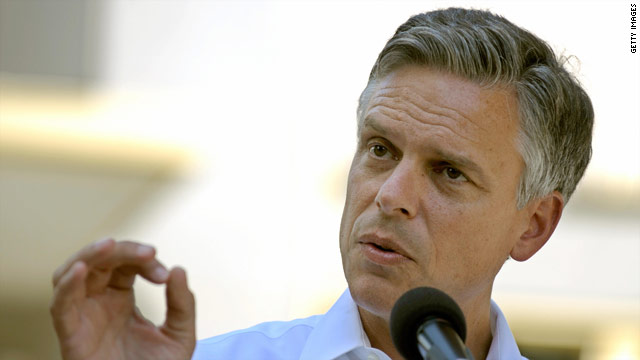 Washington (CNN) - Jon Huntsman formed a federal political action committee on Tuesday, taking his first concrete step toward a presidential campaign since returning from his post last week as ambassador to China.

Huntsman filed papers with the Federal Election Commission to create "H-PAC," an organization that will allow him to pay for staff and travel to key caucus and primary states as he considers a bid for the Republican presidential nomination in 2012.

Huntsman will not form an exploratory committee and will simply make a final decision about a White House bid early this summer, a spokesman told CNN Tuesday.

"This is an organizational step," Huntsman spokesman Tim Miller said. "If Jon decides that he wants to run for president, he will make that decision at that time."

Huntsman already has a team of political advisers in place working under the umbrella of a state-based committee, Horizon PAC, an organization formed as "campaign-in-waiting" while the ambassador concluded his service in Beijing.

Huntsman, who was governor of Utah before President Barack Obama tapped him for the China post in early 2009, was forbidden from conducting political activity while working in the diplomatic corps.

But his advisers have been busy putting the pieces together for a Huntsman campaign, thought by many GOP insiders to be a certainty.

The Huntsman team is scattered across the country in places like Florida, South Carolina and California, but they have been shuttling back and forth to Washington in recent weeks as Huntsman's return from China approached.

Huntsman immediately began taking steps toward a campaign shortly after his plane touched down in Washington last Friday.

He attended the White House Correspondents Association Dinner in Washington on Saturday evening and mingled with the many of the reporters and pundits who might cover his campaign.

He also has two upcoming speaking appearances lined up in two pivotal primary states: Huntsman will deliver a commencement address on Saturday at the University of South Carolina and on May 21 at Southern New Hampshire University.

Huntsman broke with his party on issues like climate change and same-sex civil unions during his tenure in Utah, and his team sees his path to the nomination as running through New Hampshire and South Carolina, two states that allow independents to participate in their Republican primaries.