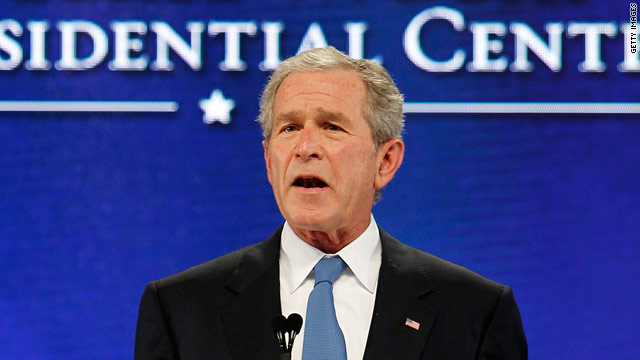 The former president instead wishes to remain out of the spotlight, according to a Bush spokesman.

“President Bush will not be in attendance on Thursday. He appreciated the invite, but has chosen in his post-presidency to remain largely out of the spotlight,” said spokesman David Sherzer. “He continues to celebrate with all Americans this important victory in the war on terror.”

Obama’s visit to the primary target of the 9/11 attacks will come four days after he announced bin Laden had been killed by U.S. forces in Afghanistan. Obama will also meet with families who lost relatives during the attacks that killed nearly 3,000 people.

A senior Obama administration official added to CNN that Bush "was invited but is not able to come. Which we of course understand."

Bush’s decision not to attend the ceremony comes amid statements from several of his administrations top officials that the former president deserves significant praise for the capture of bin Laden.

Former Secretary of State Condoleezza Rice and Secretary of Defense Donald Rumsfeld applauded the successful mission Tuesday, but also highlighted the pivotal role their team played in the search for America's most wanted terrorist.

More than three out of four Americans said Obama deserves a great deal or “some” credit while 51 percent said the same about Bush.

Bush is expected to attend a ceremony at Ground Zero on the 10th anniversary of the 9/11 attacks.