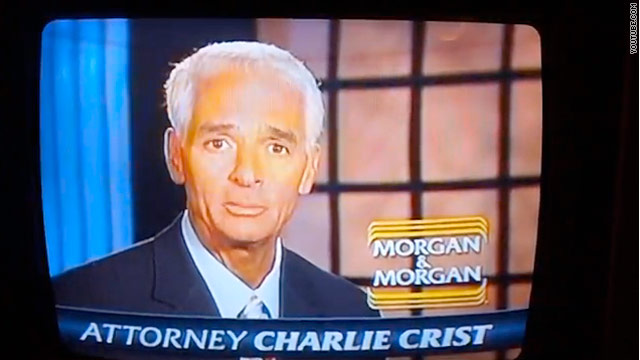 Crist hits the tube with new ad … for a law firm

The Republican, who lost his bid for Senate in 2010, has joined the Morgan & Morgan law firm and is now appearing in a TV advertisement for the firm.

"If you need help sorting out your legal issues as a result of an accident or insurance dispute, visit me at Charlie@ForThePeople.com," Crist says in the spot now posted on YouTube.

A press release from Morgan & Morgan said Crist will work with the firm's mass tort and class action departments, fighting "for the people."

When his term as governor ended, Crist, the former Florida Attorney General, said he wanted to return to practicing law.

"It's really such a natural transition for me; to be with Morgan & Morgan and work with my dear friend John Morgan … he really is all about the people," Crist said in the statement. "That's what I've always tried to do and aspire to do as a public servant. Now I'll do it in the private sector."