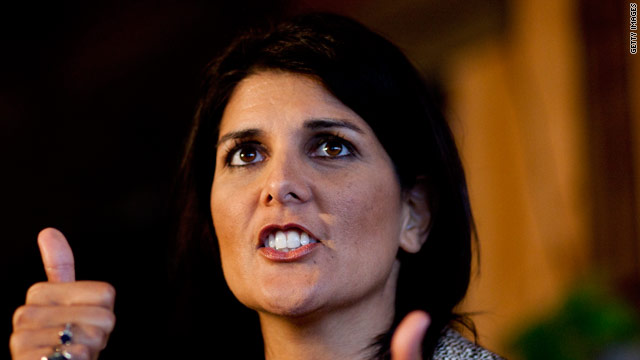 Haley 'happy' to meet with Trump during South Carolina visit

Washington (CNN) - Donald Trump will make his first visit to South Carolina as a possible presidential candidate on May 19 to address a Tea Party gathering at the statehouse in Columbia.

Trump will be the keynote speaker at the Columbia Tea Party's bi-monthly meeting.

Gov. Nikki Haley, who plans to endorse a candidate before the South Carolina Republican primary, also said she will meet with Trump during his visit if he requests a sit down.

Haley spokesman Rob Godfrey said Trump has not requested a meeting but said the governor "will be happy to sit down with him if he does."

"The governor looks forward to welcoming each Republican candidate for president to our state, including Donald Trump if he decides to run, because it's critically important that South Carolina voters have the opportunity to discuss the most important issues facing the state and nation face-to-face with these candidates," Godfrey told CNN.

Trump contributed $3,500 to Haley during her 2010 campaign for governor.