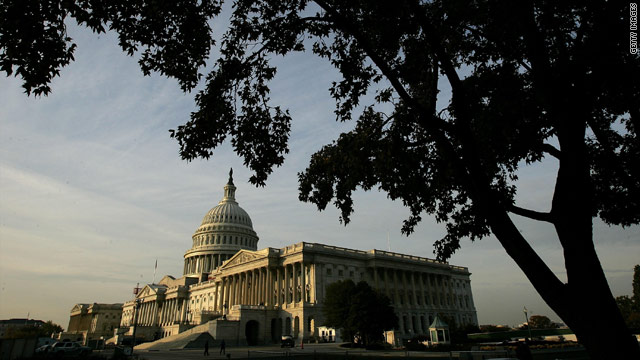 "Forcing taxpayers to pay for the indiscriminate killing of helpless little baby Americans is not good government and it should be ended once and for all," said Rep. Trent Franks, R-Arizona.

The "No Taxpayer Funding for Abortion Act" passed 251 to 175. Sixteen Democrats voted with Republicans to pass the measure. The Senate is not expected to take up the legislation, making the vote largely symbolic.

Congress already prohibits the federal funding of abortions in the Hyde Amendment, an annual ban Congress has passed each year since 1976. Supporters say the bill would simply make that prohibition permanent.

But opponents charge the bill would go much further. The federal government would no longer subsidize any health care plans which covered abortion, a move some Democrats say would force small businesses to change health care providers or lose their tax credits. Women who paid out-of-pocket for an abortion would not be able to write off the medical expense on their taxes.

Exceptions would still apply in the case of rape or incest and if the mother's life is in danger - though only if that danger were caused by the pregnancy. The bill also outlines a so-called "conscience clause" which would allow hospitals or physicians to refuse to perform an abortion on moral grounds.

The restrictions in this bill would also apply to abortions performed in the District of Columbia, even if they were covered by city funds.

Republicans underlined polls showing a majority of Americans do not support federally-funded abortions, and said the bill merely codifies the provisions of the so-called Hyde Amendment and makes them permanent.

"[This bill] is pro-life, pro-family and it is pro-taxpayer," said Rep. Kevin Brady, R-Texas. "It's a responsible step to ensuring a long-standing precedent Republicans and Democrats have supported for decades."

Democrats said the bill would severely restrict women's reproductive freedoms, arguing the measure would effectively raise taxes on women who choose to pay for abortions with private funds, and eliminate tax breaks for some small businesses which provide their employees with health care.

"This bill is going nowhere in the Senate," said Rep. Sander Levin, D-Michigan. "Where it can go is everywhere in interfering with a person's access to health care or with the use of their own money for their own purposes as they choose."