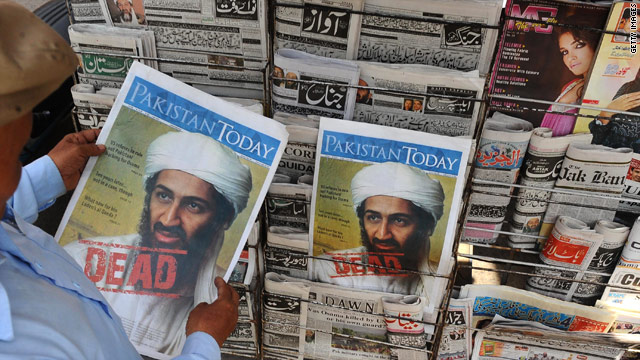 Washington (CNN) - Two top senators involved in national security said Wednesday the photos of Osama bin Laden's corpse should be released, but they disagreed on when.

Sen. Carl Levin, D-Michigan, who chairs the Armed Services Committee - and who has not seen the photos - said the U.S. should wait to allow the emotions of those around the world who may be sympathetic to bin Laden to cool.

"I'd let a little time pass so we that we don't play into the hands of people who want to retaliate with what obviously will be a sensational picture. I would not want to feed that sensation so I'd wait days or weeks," he said.

Georgia Sen. Saxby Chambliss, the top Republicans on the intelligence committee, - who said he has seen the photos - said they should go out right away.

"I think the question is 'what's the negative that could come from it?'" Chambliss said. "One of these days they're going to be released it's a question of whether it be now on our terms or (let) somebody else do it."

Chambliss described the photos, as "what you would expect from somebody's who's been shot in the head. It's not pretty."

The two men answered questions from reporters as they entered a classified briefing in the Capitol on the bin Laden raid with CIA Director Leon Panetta.