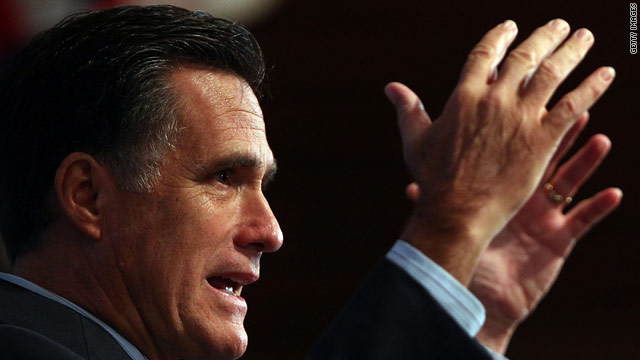 Washington (CNN) - The man who chaired Mitt Romney's 2008 campaign in New Hampshire won't be helping the former Massachusetts governor when he mounts a second bid for the White House.

Why? He thinks Romney has shifted his positions too many times over the years.

"I don't think the voters are looking for somebody who's going to be recasting himself," Keough told the magazine. "They want somebody who's been true to a certain set of political ideals for a while."

Romney maintains a strong base of support in New Hampshire from his last campaign and leads his potential GOP rivals in state polls.

But Keough said that Romney "manages to say things that cause people to think, 'Wait a second: I thought I knew him, and now I'm not so sure.' I think he can be successful. But I don't think he will be successful if he runs his campaign like he did in 2008."

He isn't the only New Hampshire GOP strategist to change teams for 2012: Former Romney adviser Rich Killion signed on with Pawlenty earlier this year.

Several Romney advisers from the last presidential race in other key primary states are also unlikely to return for his second campaign.

In Iowa, Romney's former state chairman Doug Gross has been a frequent critic of the governor in the media. And in South Carolina, 2008 Romney supporters like Sen. Jim DeMint and Gov. Nikki Haley are keeping the door open to endorsing another candidate.