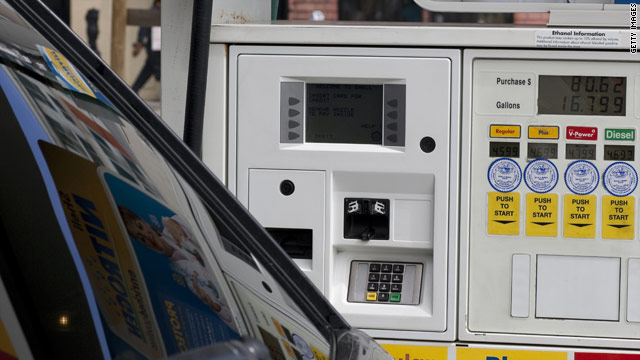 The GOP bill, which passed 266-149, is named the "Restarting American Offshore Leasing Now Act" and directs the Obama administration to move forward with leases for drilling in areas in the Gulf of Mexico and off the coast of Virginia that were already approved but were suspended after the BP oil disaster last year.

"Let's send a signal to the international markets that America is serious about becoming less dependent on foreign oil," said Washington Rep. Doc Hastings, who sponsored the bill.

But Democrats used the debate as a chance to bash one of their favorite political targets: "big oil."

Massachusetts Democrat Ed Markey unveiled a chart on the House floor that featured a large picture of an oil rig on top of a mock up of a Medicare card, arguing Republicans were protecting energy companies at the expense of health care for seniors.

"The Republicans are building a pipeline into the pocketbooks of our seniors so they can pump them dry. No money for Medicare but plenty of breaks for the oil companies," Markey said.

Democrats used a procedural move to force a vote on a measure that would repeal tax breaks for energy companies. The vote failed, but it allowed the Democrats' campaign arm to target Republicans in swing districts as siding with oil companies.

House GOP Leaders scheduled a vote for next week on another bill that would direct the Obama administration to include in its five year offshore leasing plan drilling in the areas with the most known oil reserves.

While Democratic leaders said they do support some more domestic production, they suggested other proposals would have a more direct impact on reducing gas prices. Democratic Leader Nancy Pelosi said that in addition to pushing for legislation to end tax breaks for oil companies, House Democrats will introduce a bill to tap into the nation's Strategic Petroleum Reserve.

"The same Democrats who've supported the EPA and supported cap and trade and everything that would lower the production and supply of energy now want to open the Strategic Petroleum Reserve, which is, therefore, a big emergency? What we ought to be doing is expanding American energy production," Boehner said.