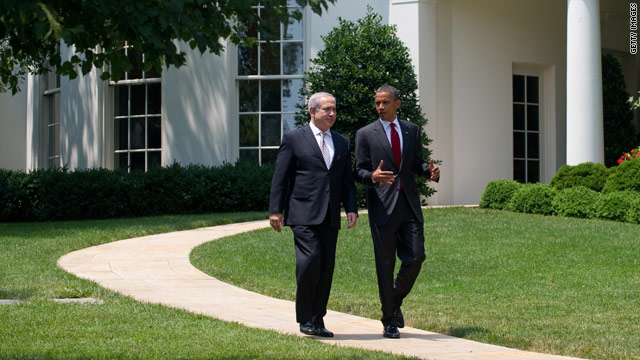 Obama to meet with Netanyahu

(CNN) - President Barack Obama will meet with Israeli Prime Minister Benjamin Netanyahu on May 20 in Washington, the White House said.

"The leaders look forward to discussing the full range of issues of mutual interest to the United States and Israel," the White House said in a statement Wednesday.

It was unclear whether the leaders would talk about settlements, which have caused discord in the past.

In April, the issue came up as Obama met with Israeli President Shimon Peres at the White House.
As the leaders were about to meet, a Jerusalem municipality planning committee approved a plan to build 942 housing units in Gilo, a disputed neighborhood in Jerusalem.