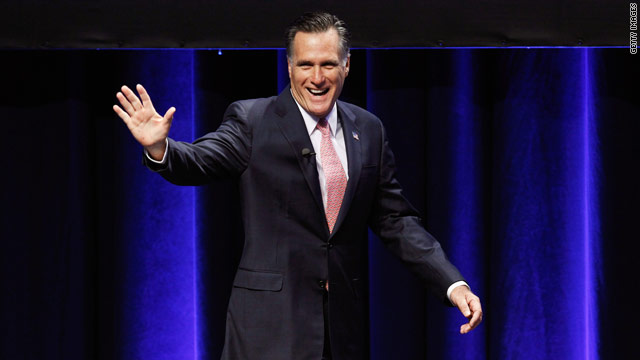 (CNN) - Two new polls indicate that Mitt Romney remains the early front-runner in the battle for the New Hampshire primary.

According to a WMUR/Granite State poll conducted by the University of New Hampshire, 36 percent of likely New Hampshire primary voters say they would support the former Massachusetts governor and 2008 GOP White House candidate if the contest were held today.

Romney's at 35 percent in a Suffolk University/7 News survey. Romney has a large lead over the other probable Republican presidential candidates in both polls, which were released Wednesday evening.

Romney's lead in these two new polls, as well as other GOP horserace surveys conducted in New Hampshire earlier this year, are no surprise. Romney is well known in the Granite state. Massachusetts media dominates in the heavily populated southern part of New Hampshire. Romney has campaigned heavily in the state in the 2008 primary, and he has a summer home in the state's lakes region.

According to the WMUR/Granite State poll, Donald Trump's in second place at 11 percent. The billionaire businessman, real estate mogul and reality TV star says he'll decide by June if he's running for the White House. Everyone else is in single digits. No one other than Romney cracks double digits in the Suffolk University/7 News survey.
But take all these early polls with some skepticism.

"Most primary voters do not settle on a choice until the very end of the campaign, so early poll numbers are a better gauge of a candidate's popularity now than an indication of who voters will end up supporting," says Andrew Smith of the UNH Survey Center. "In the most recent poll, 79 percent of likely Republican primary voters say they are still trying to decide who they will eventually vote for in 2012, 16 percent are leaning toward a candidate, and only 5 percent say they have definitely decided who they will vote for."

The WMUR/Granite State poll was conducted April 15-May 2, with 415 likely New Hampshire GOP primary voters questioned by telephone. The survey's sampling error is plus or minus 4.8 percentage points.

The Suffolk University/7 News poll was conducted April 30-May 2, with 400 likely New Hampshire GOP primary voters questioned by telephone. The survey's sampling error is plus or minus 4.9 percentage points.