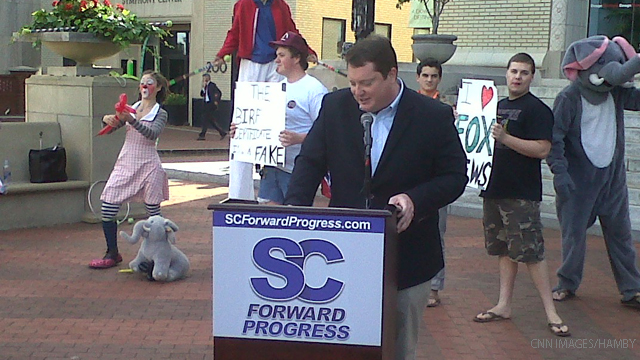 Lachlan McIntosh, one of the group's founders, mocked the five candidates appearing in the debate, calling the Fox News production a "circus" and "a celebration of extremism."

"Every circus needs a good sideshow," McIntosh said, gesturing to a handful of jugglers, clowns, "birthers" and a man dressed as an elephant dancing behind him.