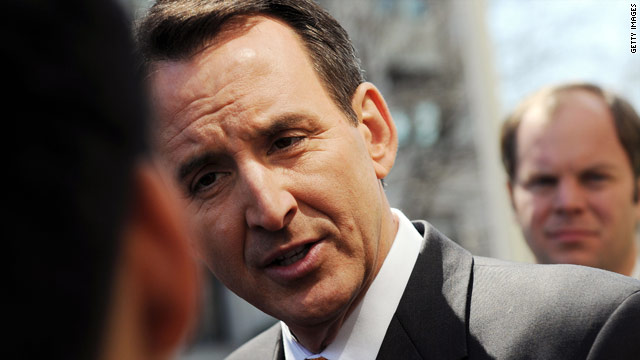 Speaking to a group of reporters the morning after his appearance in the first GOP presidential debate, Pawlenty said Al Qaeda's admission that bin Laden is dead does not settle the debate over releasing the photographs.

"Beyond Al Qaeda, there may be others who question the claim that bin laden was killed," he said. "But that's not the only issue relating to the photographs. There is a public interest in the photographs."

"I don't think the president needs to be the censor-in-chief, absent a clear national security need for it to be secret or confidential," Pawlenty added. "He was the one who said he wanted to have the most open and transparent government in the modern history of the country.

Pawlenty said the president did "a good job" in hunting down the 9/11 mastermind, and said the killing of bin Laden is "a boost" for the president politically.

He called the operation "a momentous occasion" for the county and said it was "appropriate" for Obama to visit the World Trade Center site in Manhattan and meet with families of those killed in the terror attacks.

But he also predicated that any bounce in poll numbers for the president "will be limited in scope and limited in duration."

"People are unsettled," he said. "They don't think the country is headed in he right direction."

While he said House Budget Chairman Paul Ryan should be "applauded and thanked" for confronting entitlement reform in his budget proposal, Pawlenty said his plan would be "different" but "largely consistent" with the Ryan plan.

He also said he would fix Social Security by "gradually raising the retirement age" for young people who have not yet entered the workforce.