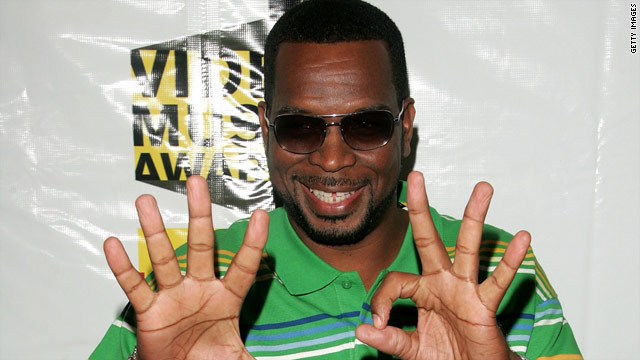 Campbell is one of 11 candidates battling in the Miami-Dade mayoral race. The special election will be held on May 24 to replace the last mayor who lost a recall vote earlier this year. Early voting starts on Monday.

In an interview with CNN, the 50-year-old rapper - whose eye-popping music videos from the 1990's caught the world's attention - denied that his current political bid is a publicity stunt.

And yet, Campbell demonstrated he can still come up with a clever line.

"The reason why I'm getting into this race is because Dade county politics is Banana Republican," he said. "When I look at the other ten candidates, I see that I need to be the person running for mayor to represent my city."

In addition to his controversial past, his current political positions may also present Campbell with some electoral headaches.

He's proposed a tax on strippers and legalizing small amounts of marijuana.

Beyond that, Campbell told CNN he wants to fight for health care and housing for the underprivileged in Miami-Dade County.

"People who know me, they know I've been working very hard, in my community, throughout the years," he said.

As for the raunchy music, that some even said degraded women, Luke said they were simply excesses of youth.

"I'm 50 years old right now. I've had my time, I had my days of having fun as a youngster, as a rapper," Campbell said. "At the same time, I'm a freedom fighter. I fought for the First Amendment, went all the way to the Supreme Court. So people know me as…a fighter."

"2 Live Crew's" multi-million unit selling 1989 album, "As Nasty As They Wanna Be," sparked an obscenity lawsuit that went all the way to the Supreme Court. The high court refused to overturn a lower court ruling that said the album's lyrics were protected under the First Amendment's right to free speech.