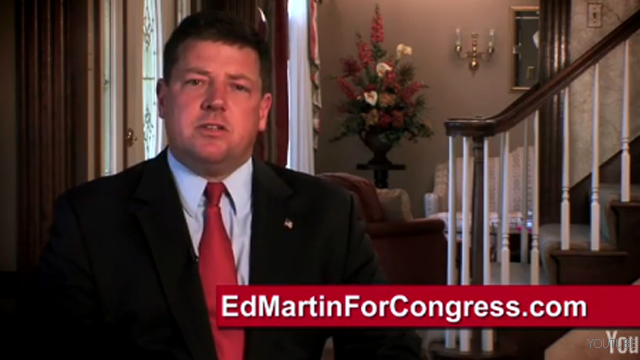 (CNN) - Missouri attorney, Republican Ed Martin, who was considering a run for Senate, announced his candidacy for Congress Monday in the state's newly redrawn 2nd district.

Martin's move is further evidence that Republican Rep. Todd Akin, who currently holds the seat, is likely to run for Senate against Democratic Sen. Claire McCaskill. State Treasurer Sarah Steelman is currently the only declared Republican in the Senate race.

Martin, who served as chief of staff to former Missouri Gov. Matt Blunt, lost his 2010 Congressional bid for the 3rd district seat to Democratic Rep. Russ Carnahan. Carnahan's district was largely eliminated through redistricting and portions of the eastern district were folded into the newly configured 2nd district.

In April, former Ambassador to Luxembourg and candidate for chair of the Republican National Committee, Ann Wagner, announced the formation of an exploratory committee for the district seat.

Martin considers himself a supporter of the Tea Party movement and attended the first St. Louis Tea Party gathering during the midterm elections. In Monday's video announcement, he criticized Carnahan and the current leadership in Washington while adopting positions typically held by the Tea Party movement; he railed against health care reform, the rising national debt and increased government intervention.

"For too long in Washington D.C. we've seen a Congress that has made decisions that make no sense," Martin said in the video posted on his website. "Elected officials like Russ Carnahan have been focused on growing their power and enriching themselves instead of remembering our families and safeguarding the American dream."

"Voters will have a clear choice between a rubber stamp for Nancy Pelosi's blank check to China or a Republican candidate who will fight to balance the budget, cut spending and reduce taxes," Bozek said.

Following his announcement, the Democratic Congressional Campaign Committee released a press release that highlighted his failed bid for Congress, linking him to scandals in the administration of Governor Blunt.

"Ed Martin's credentials are in corruption, scandal, and pure political self-interest," Haley Morris, a press secretary of the DCCC said in a statement. "Martin is so focused on his own opportunism, he can't see the facts: Missouri families have already rejected him."