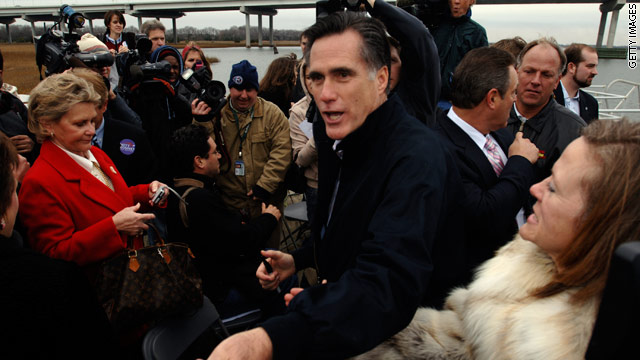 Romney to speak to major gathering of social conservatives

The former Massachusetts governor and 2008 Republican White House hopeful will address the Faith and Freedom Conference and Strategy Briefing on Friday, June 3rd, according to an early Monday morning announcement on the organization's website by Ralph Reed, the founder of the Faith and Freedom Coalition. A Romney adviser also confirmed the appearance. In recent months Romney's beefed up his campaign staff, and last month he formed a presidential exploratory committee.

Last week Reed announced that Donald Trump will speak at the conference on June 4. The billionaire businessman, real estate mogul, and reality TV star says he'll announce by June whether he'll make a bid for the GOP nomination.

Rep. Michele Bachmann of Minnesota, Rep. Ron Paul of Texas, and former Sen. Rick Santorum of Pennsylvania are the other probable White House contenders speaking at the two day gathering.

The Faith and Freedom Coalition is an influential social conservative organization. Its website says it's "committed to educating, equipping, and mobilizing people of faith and like-minded individuals to be effective citizens."

Social conservatives are a very influential voting group in the hunt for the Republican nomination. Romney, who is Mormon, courted social conservatives during his first bid for the White House in 2008, but his upcoming appearance at the Faith and Freedom conference looks to be his first major stab at reaching out to such voters in his second run for the GOP nomination.