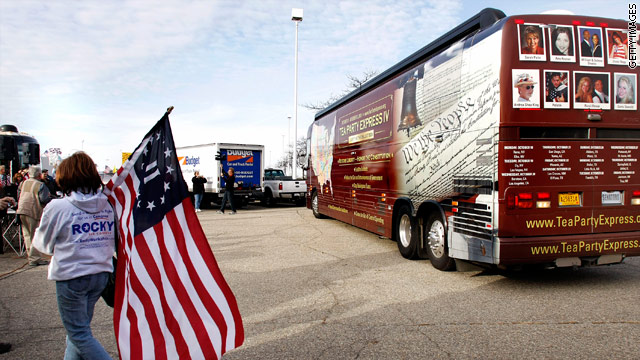 Washington (CNN) - Two days before The Tea Party Express reveals what it's called a major "surprise endorsement" for the 2012 races, the group has provided details to CNN.

On Monday, Tea Party Express National Spokesman Levi Russell said that its Senate endorsement – their first for the upcoming political cycle - will focus on Nebraska. The group will officially reveal the recipient of its endorsement at a press conference at the National Press Club in Washington on Wednesday.

The Tea Party Express had already announced that the state's two-term Democratic Sen. Ben Nelson is on its list of political targets.

"We are targeting Nelson for being one of the worst offenders and selling out his vote and his principles," Russell said.

The group's spokesman explained why it is making Nelson the target of its first major senate endorsement.

"Nelson is a well-established, long-time senator," Russell said. "And he has a lot of resources. And he has the ability to raise a lot of money. And what we want to do is bring this election to a national scale, just like [the Tea Party Express did] in Nevada or Alaska where we got involved and the candidate can get support from groups all across the U.S."

In the last senate races, the Tea Party Express endorsed Republicans Sharron Angle in Nevada and Joe Miller in Alaska – but both candidates lost their general elections despite deep financial support and manpower help from the group.

Nelson's campaign is downplaying the Tea Party Express' slams against the senator.

"It's old news, so it's not surprising," campaign manager Paul Johnson told CNN. "They've been railing against him for a few months now, saying they were going to target the race."

As for the group's Wednesday endorsement, Johnson said, "Ultimately people who vote in the primary - in the Republican primary and the Democratic party - will pick the nominee not…the Tea Party, per se, at the national level."

"Sen. Nelson – both as governor and senator – has demonstrated time and again his willingness to work across party lines to accomplish good things for the people of Nebraska and our nation. And to use that kind of language is, I think, not only offensive to me – but I think to the people of Nebraska."