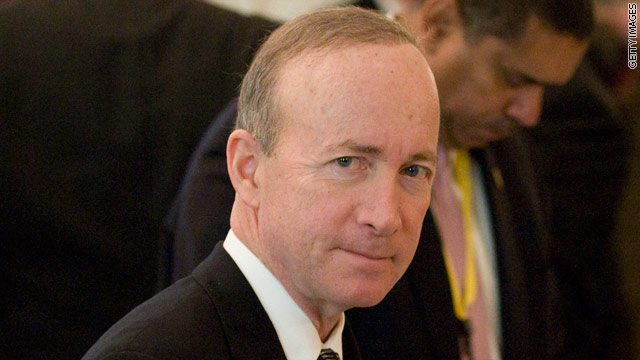 (CNN) - Republican Indiana governor and potential 2012 presidential candidate Mitch Daniels signed a bill Tuesday that will cut off significant amounts of federal funds given to his state’s chapter of Planned Parenthood, a move the group fought by filing for a temporary restraining order and injunction with the U.S. District Court in Indianapolis.

The bill, which passed both houses of the state legislature by large margins, imposes some of the nation’s toughest restrictions on abortions, cutting off about $3 million in public funds received for female preventive health services, including birth control, breast and cervical cancer screenings and other tests in the Hoosier state.

Although federal law prevents government funds being used for abortion services, proponents of the bill have said they do not want federal money funneled to an organization that performs abortions.

Planned Parenthood has said the bill, which takes effect immediately, is dangerous and would have a “devastating impact on women’s health” in Indiana, according to Cecile Richards, president of Planned Parenthood Federation of America.

In a release and subsequent media availability Tuesday, Planned Parenthood announced a joint filing with the American Civil Liberties Union of Indiana to prevent the bill from taking effect.

Kenneth Falk, the legal director for the ACLU of Indiana, said the court heard arguments in the case Tuesday and will announce its decision in open court Wednesday.

- CNN’s Kevin Bohn and Gabriella Schwarz contributed to this report