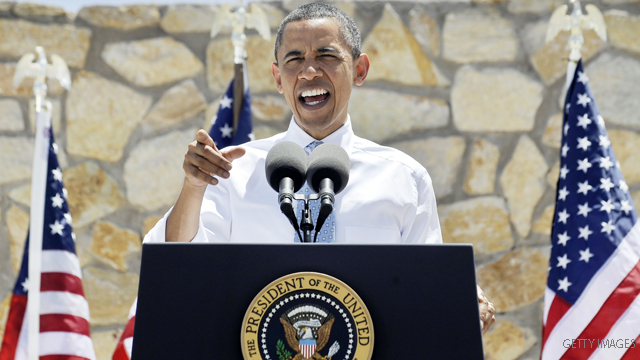 Obama quoted the CEO, an Australian native, who said "Immigrants have made America great as the world leader in business, science, higher education and innovation."

Click to watch video
"That's Rupert Murdoch, the owner of Fox News, and an immigrant himself," Obama said. "I don't know if you're familiar with his views, but let's just say he doesn't have an Obama bumper sticker on his car."

The president was in El Paso, Texas to advocate for immigration reform as a way to strengthen the middle class, among other things.

"I want incomes for middle class families to rise again," Obama said. "I want prosperity in this country to be widely shared; I want everybody to be able to reach that American dream and that's why immigration reform is an economic imperative."