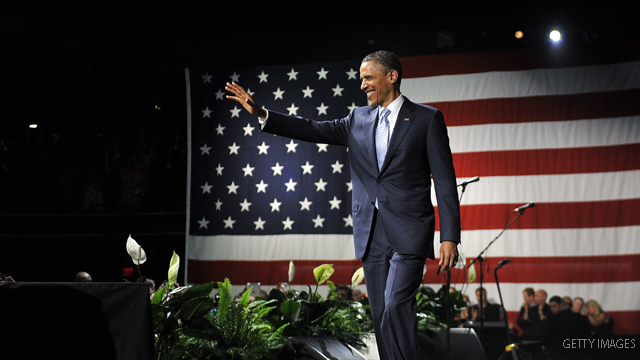 (CNN) - On his first campaign stop since U.S. Navy SEALs killed Osama bin Laden, President Barack Obama told some 750 supporters at a fundraiser in Austin, Texas, that bin Laden is no longer a threat.

"Because of the extraordinary bravery of the men and women who wear this nation's uniform and the outstanding work of our intelligence agencies, Osama bin Laden will never again threaten the United States of America," he said.

During his remarks, someone in the audience shouted: "Thank you for getting bin Laden."

Obama said the successful operation should "inspire us to finish what we started."

The fund-raiser followed a border stop in El Paso, the first for the president since taking office.

After touring a cargo facility at the Bridge of The Americas port of entry, Obama touted security improvements and again called for comprehensive immigration reform.