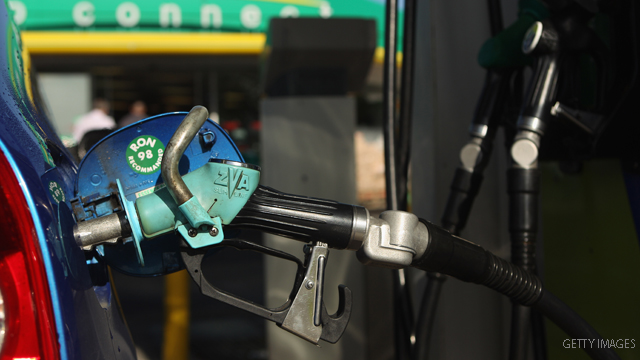 Washington (CNN) - Senate Democrats will open debate Wednesday on a controversial bill to eliminate several tax subsidies for the five largest oil companies and use the savings to reduce the deficit. While the measure is unlikely to make it through the divided Congress to become law, Democrats hope to score politically with voters frustrated by a confluence of deep budget cuts in Washington, sky-high prices at the gas pumps, and staggering profits on the oil giants' bottom lines.

The debate starts a day before chief executive officers from those five largest companies – ExxonMobil, Shell, ConocoPhillips, BP and Chevron – are to testify on the merits of those tax breaks.

"Seniors are struggling. Oil companies are not struggling," Senate Majority Leader Harry Reid, D-Nevada, said Tuesday. "Yet Republicans want to keep handing billions of dollars to the oil companies and ending Medicare as we know it."

"There is more hot air around this building about deficit reduction than any other topic right now," said Sen. Claire McCaskill, D-Missouri. "If we cannot end subsidies to the five biggest, most profitable corporations in the history of the planet, that come from the federal tax payer, than I don't think anyone should take us seriously about deficit reduction."

Echoing the views of most Republicans - and some Democrats - Senate Minority Leader Mitch McConnell, R-Kentucky, argued the bill would "punish this industry with higher taxes that will only destroy jobs and lead to even higher prices at the pump, instead of encouraging them to find solutions and to create jobs here."

Sen. Tom Coburn, R-Oklahoma, argued the subsidies that go to the oil companies are "legitimate business expenses" but added he was open to getting rid of them if Congress removed business tax subsides across the board.

"Why would you single out one industry?" he asked.

"If they're against corporate welfare, let's get it all," he said.

Democratic Sen. Mary Landrieu of Louisiana, whose state is heavily dependent on oil company jobs and royalties, said she thinks, "it's a real mistake to target any one industry in the nation, particularly an industry that employs nine million people."

And she disagreed that the issue will help Democrats politically.

"I don't think it's a very good message," she said. "I think Democrats are stronger when we're talking about creating jobs and doing the tough, hard work of (tax) reform."

Moderate Republican Sen. Mark Kirk of Illinois said he is "open minded" to getting rid of the subsidies.

"I think deficit reduction is the number one issue now," he said.

However, Sen. Orrin Hatch of Utah, the top Republican on the committee that will host the oil executives Thursday, blamed Democrats in Washington for "basically destroying the oil business in this country. A lot of them don't even do business in this country any more. And there's good reason for that– because they're constantly being mistreated by, basically, Democrats."