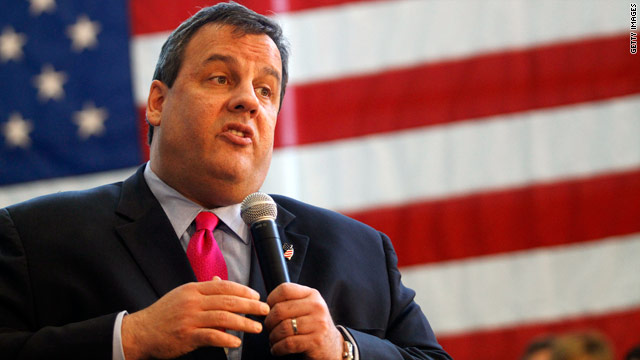 At forum, N.J. governor and others call for bipartisanship to end an education crisis

Washington (CNN) - The nation's education system is in crisis, and bipartisan support is essential for reform, a panel of leading experts said Wednesday. While disagreeing on key points, they said the time for action on education is now.

"A Pathway to Excellence: The Future of Education in America" was moderated by Jessica Yellin, CNN's national political correspondent.

At the forum, Republican New Jersey Gov. Chris Christie and U.S. Rep. George Miller, D-California, clashed over how much blame teachers unions should bear for the problems in the nations' public schools and whether they are willing to change.

"The single most powerful political force is the teachers union fighting this," Christie said. The governor, who has butted heads with the unions since taking office, has made education a key priority and has traveled his state to town hall meetings discussing his ideas.

Miller, an influential congressional voice on education for many years, said he has had his disagreements with the unions but disagreed with Christie's portrayal.

"That is too simplistic. I see change taking place all across the country in public systems, public systems that have adopted public charter schools, that let people go to private charter schools, that have adopted open choice," he said. "There is no question that teachers unions are a powerful part of this argument. They should be. They are central to its success. They can be central to its failure."

Sen. Michael Bennet, D-Colorado, who once was Denver's schools superintendent, said the various constituencies must find consensus on the problems before they can tackle reform. "Change is very hard to accomplish unless people have a shared understanding of the facts."

"If you want to make this teachers vs. everybody else, you are missing the game because school boards and superintendents and PTAs and local school boards liked their school system because it was neat and it was comfortable. It just wasn't serving the children, and so we are into the next generation," Miller said.

Christie, who has been meeting with several of the leading GOP presidential hopefuls, deferred when asked whether any of the contenders shard his views on education.

"You ain't getting me anywhere near that," which was met with laughter by the audience.

Despite widespread speculation about the possibility, Christie again said flat-out he will not be seeking the Republican presidential nomination. "My God, I am not running for president. Everyone remain calm. All is well."

All of the participants, including Harlem Children's Zone president Geoffrey Canada, agreed fostering good teachers is the key to making American education excel.

While many conservatives have said they don't see a role for Washington in terms of education, Christie and Indiana Gov. Mitch Daniels have said they do. They both have offered some praise for President Barack Obama and Education Secretary Arne Duncan for their reform efforts.

Christie, who has pushed for creation of more charter schools and reduction in aid to poorly performing school districts, told the forum Republicans must concentrate on schools in urban areas, such as Newark, because they are a big source of the problem.

"Folks in Newark generally aren't going to vote for me anyway. But the point is if Republicans are willing to go to urban areas where they don't get votes and say these kids are every bit as important as the suburban kids ... and the future of our state's economy and our country's economy are dependent upon those kids becoming productive members of our economy not in prison, not on assistance, not standing on a street corner selling drugs but becoming productive members of our society."

Washington will see a major debate over education policy as it embarks on reauthorizing the No Child Left Behind later this year.