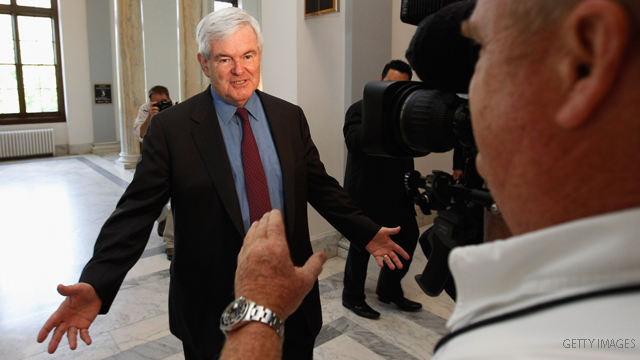 Earlier Wednesday, when Gingrich himself was asked by reporters on Capitol Hill after a prayer breakfast what time he would announce, he responded: "9 o'clock tonight." That caused some confusion about the timing of the announcement.