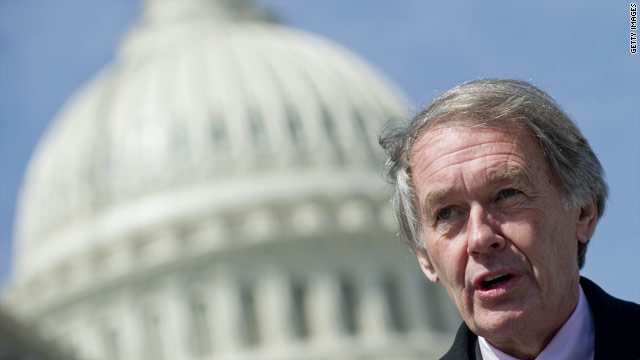 Washington (CNN) - House Democrats are pointing to a special election to fill an upstate New York congressional seat as evidence that House Republicans' support for a proposal to dramatically change Medicare is already hurting GOP candidates with voters.

Asked about the impact of the Medicare issue on the New York race, House Democratic Leader Nancy Pelosi of California said Wednesday, "That certainly is a race that was not in play and now it is."

The House Republican 2012 budget, authored by House Budget Committee Chairman Paul Ryan of Wisconsin, passed the House last month without a single Democratic vote and included a proposal to overhaul Medicare. Under the plan, the government would no longer directly pay medical costs for those 55 and younger, but instead would offer subsidies for seniors to use to get private health insurance coverage.

A special election is scheduled for May 24 to fill the seat of New York Republican Rep. Chris Lee, who resigned in April after the gossip website Gawker posted photos and e-mails from the married Congressman soliciting a date with a woman through the website Craigslist. A three-way race to replace Lee includes GOP State Assemblywoman Jane Corwin, Democrat Kathleen Hochul and a Tea Party Candidate Jack Davis, who is a conservative Democrat.

Lindsay added, "It's become the cause du jour for Nancy Pelosi because she hopes this election will send another Democrat to Washington to help advance her party's plan to empower bureaucrats to cut Medicare."

The district, which includes the suburbs in Buffalo and Rochester, voted for John McCain in the 2008 presidential election, but the race has gained national attention this week with an outside group supporting the Republican by purchasing major advertising time, and the House Democrats' campaign arm also spending significant resources on the contest. House Speaker John Boehner of Ohio and House Majority Leader Eric Cantor of Virginia also have made trips to New York to campaign for Corwin in recent days.

Possible GOP presidential candidate Donald Trump appeared to back up the Democrats' contention that Medicare is playing a role in the special election. Appearing in New Hampshire Wednesday, the real estate mogul criticized Ryan for releasing a proposal that he said is allowing Democrats to do "a number on that plan like I've never seen."

Trump said, "I would not have done it the way he did it. Too early, too soon, there was no reason for him to do it," adding, "there's no reason for it so Medicare and Medicaid all of a sudden come in and it's put in by Republicans and you've got elections to win."

Referring to the Republican candidate in New York, Trump said Corwin is "having a hard time defending that whole situation with Medicare."

House Democratic Caucus Chairman John Larson Connecticut said he was "hopeful" about Democrats chances to pick up the seat and tweaked the GOP by pointing to Trump's comments on Medicare, saying, "We thank Donald for joining the choir."

Virginia Democratic Rep. Gerry Connolly, who narrowly won re-election in 2010 by a few hundred votes, and is again a likely target for Republicans, answered a reporter's question about whether the GOP Medicare vote was "politically suicidal" by joking, "I for one don't think it's suicidal and I hope that they'll stick to their guns."