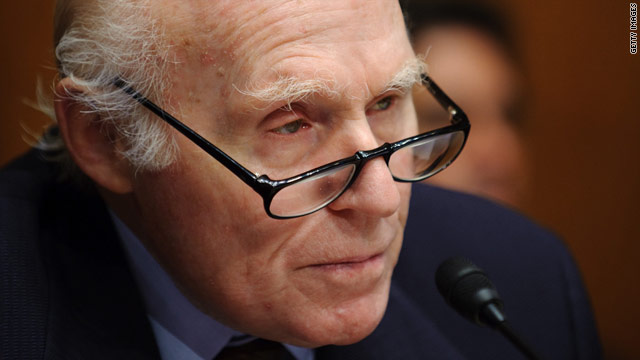 A Democratic source tells CNN, "The DSCC [Democratic Senatorial Campaign Committee] has made sure that all these decisions were made and announced very early in the cycle. Democrats are confident that we can keep the seat."

Kohl released a written statement saying, "On a day much like this one, in May, 1988, I announced my intention to run for the United States Senate."

"Even though I continue to love this job, I have decided that the time has come to give someone else the opportunity to serve…I've always believed that it's better to leave a job a little too early than a little too late. And that's how I feel today. The interest and energy I have for this job will find a new home at the conclusion of this term."

Democrats currently hold a 53-47 advantage in the Senate, with 21 Democrats and to independents who caucus with the Dems. But the recent Democratic track record in Wisconsin isn't good.

Thirty-three Senate seats are up for re-election in 2012. Democrats must defend 23 of them.

The National Republican Senatorial Committee released a statement following news of Kohl's impending departure saying, "Senator Kohl's retirement, just like his Democrat colleagues who stepped aside before him, immediately presents another key opportunity for Senate Republicans next year. It also further dilutes the ability of national Democrats to go on offense, while they fight to maintain their dwindling Senate majority."

Congressman Paul Ryan made the following statement after learning of Senator Kohl's decision not to run for re-election.

"I was surprised by Senator Kohl’s announcement and want to take some time over the next few days to discuss this news with my family and supporters before making any decision about how I’m best able to serve my employers in the First Congressional District, our state and nation."