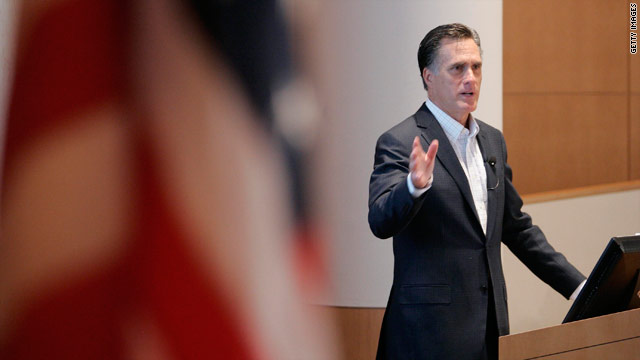 (CNN) - Former Massachusetts Gov. Mitt Romney lashed out at the Wall Street Journal in an open letter Friday, written in response to a scathing editorial published Thursday that criticized health care reform he led in the state.

"I was not surprised to read yet another editorial in the Journal yesterday criticizing the health-care reforms we enacted in Massachusetts," he wrote. "I was, however, not expecting the distortions of what we accomplished."

Romney took aim at the critique's claim that the financial burden of those who wouldn't buy insurance but could afford it –whom he called free-riders in a Thursday speech– wasn't so big.

"As a state we were spending almost $1 billion on free care for the uninsured," he said, explaining the transition of those funds into "premium support for those who needed help buying a policy."

And under his plan, Romney stated that those who could afford to buy coverage were "required to take personal responsibility for their own health care," also a theme in his recent speech.

Though he acknowledged the fact that Massachusetts' insurance premiums are among the highest in the nation, he hedged that political liability by claiming "a truer statement" is that getting everyone insured will not bring health care costs down.

Romney also took issue with the claim that state spending on health care has skyrocketed in Massachusetts, arguing instead that the cost is "relatively modest" and "well within projections."

The potential presidential candidate who sought the GOP nomination in 2008 has a lot at stake in the health care debate since critics tie his Massachusetts plan with health care reform ushered in by the Obama administration. Romney sought to sever those ties in his speech on health care delivered at the Cardiovascular Center on the campus of the University of Michigan, as well as in the parting shot of his letter.

"While I have had my disagreements with the Journal's editorial board, where we find common ground is on the need to repeal ObamaCare and replace it with reforms that empower states to craft their own solutions," he said.