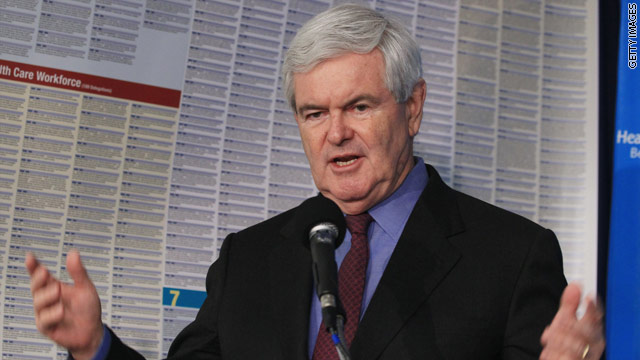 Gingrich says voters should judge his ability to lead now

Washington (CNN) - Judge me by what I can do for America now, rather than only by my mistakes in the past, Republican presidential candidate Newt Gingrich said Sunday.

The former House speaker, who announced his candidacy last week, told NBC's "Meet the Press" that he has made mistakes in life, including an adulterous affair that led to one of his two divorces.