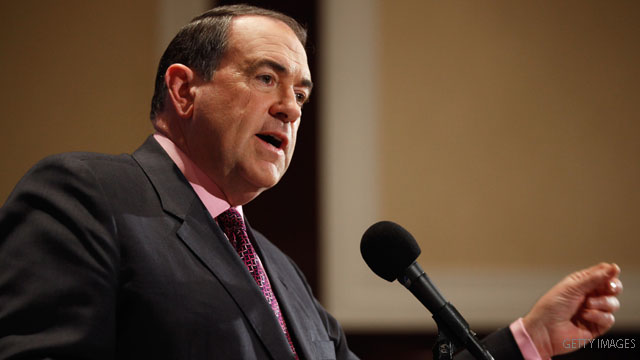 (CNN) - Former Arkansas Gov. Mike Huckabee, who announced Saturday he will not seek the Republican presidential nomination, said he thought he would make a run for the White House “up until a few days ago.”

“I honestly thought I would be in it,” Huckabee said on “Fox News Sunday.”

Although the 2008 presidential candidate said he is not ready to endorse a candidate for the GOP nomination, he acknowledged that other potential candidates, including former Pennsylvania Sen. Rick Santorum, former Minnesota Gov. Tim Pawlenty, Minnesota Rep. Michele Bachmann and former Alaska Gov. Sarah Palin, as well as declared candidate former House Speaker Newt Gingrich, may reap the benefits from his absence in the field.

“I think all of these folks, very clearly might benefit from it,” Huckabee said. “But those are some folks immediately, because of their strong positions on issues like life and traditional marriage, as well as fiscal conservativism.”

While former Massachusetts Gov. Mitt Romney, who Huckabee said left him a “wonderful” voicemail Saturday night, and real estate mogul Donald Trump didn’t make his list of favorites, ultimately he said he is a Republican and will support the GOP nominee in 2012.

“If Mitt Romney is the nominee for our party, I will support him because I believe Mitt Romney would be a better president of the United States than Barack Obama on any day,” Huckabee said. “And whether he is my first choice, I will support our nominee.”

“I believe Donald Trump would be better for America than Barack Obama, because he understands business,” Huckabee said.