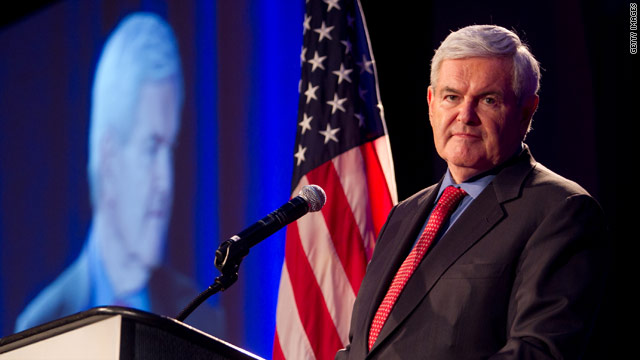 "There is little daylight between Ryan and Gingrich," Gingrich spokesman Rick Tyler told conservative publication The Weekly Standard. "But look how it gets reported. Newt would fully support Ryan if it were not compulsory. We need to design a better system that people will voluntarily move to. That is a major difference in design but not substance."

Gingrich's initial comments came during an interview on NBC's Meet the Press, when he called the Medicare provision in the GOP budget proposal spearheaded by Rep. Paul Ryan a "radical change."

Ryan's plan, which has already been met with strict resistance at GOP town-halls across the country, proposes substituting vouchers in place of the current government-run Medicare program that is automatically available to seniors. Instead, voucher recipients would be permitted to apply the government subsidies to private health care plans.

The former House Speaker, who formally declared he is a presidential candidate last week, said he would favor a hybrid of the current Medicare program coupled with the voucher alternative.

Meanwhile, at least one of Gingrich's presidential rivals is already jumping all over the former House Speaker for denouncing the GOP proposal:

"For several years, Newt Gingrich has deserved a lot of credit for thinking through a great many issues in a serious and interesting fashion. But his criticism of Congressman Paul Ryan's Medicare reform plan yesterday was a big departure from Speaker Gingrich's often sound policy proposals," former Sen. Rick Santorum said.

"Furthermore, it was a departure from his support of Paul Ryan's plan just a few weeks ago. Contrary to what Speaker Gingrich said yesterday, the Ryan plan does not 'suddenly impose' 'radical change.' It is a good first step toward positive reform of a program in desperate need of rescue. Paul Ryan's plan is the first serious step by our new Congress to empower future seniors with more choices while at the same time keeping the Medicare system solvent and reining in out-of-control federal spending," he added.