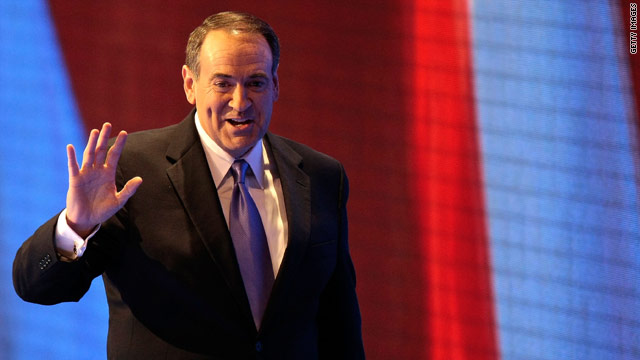 (CNN) - With former Arkansas Gov. Mike Huckabee’s announcement this weekend that he won’t seek the presidency, one of the largest voting blocs in the Republican Party is now officially up for grabs: evangelical Christians.

As a presidential candidate in 2008, Huckabee - a Baptist minister who focused on faith-related issues like opposition to abortion - rode evangelical support to victory in Iowa and seven other states during the primaries and caucuses. John McCain eventually won the GOP nomination.