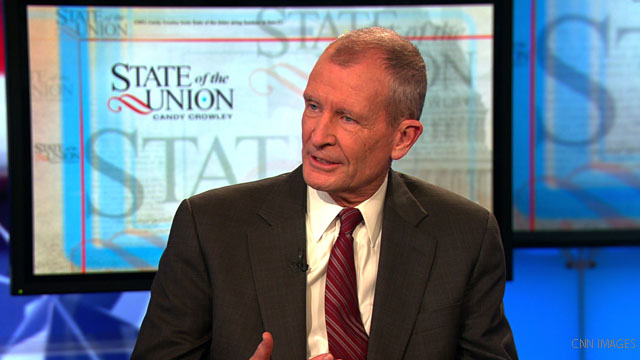 Obama can put U.S. on 'right side' of Arab Spring, ex-official says

(CNN) - President Barack Obama's upcoming address on the Middle East is a chance for Washington "to get on the right side of history" after a season of historic upheaval there, his former intelligence chief said Sunday.

The Thursday speech is likely to address the ongoing fight against al Qaeda following the May 2 killing of its leader, Osama bin Laden, as well as the U.S. need for oil from the region and efforts to resolve the Israeli-Palestinian conflict, retired Adm. Dennis Blair told CNN's "State of the Union."