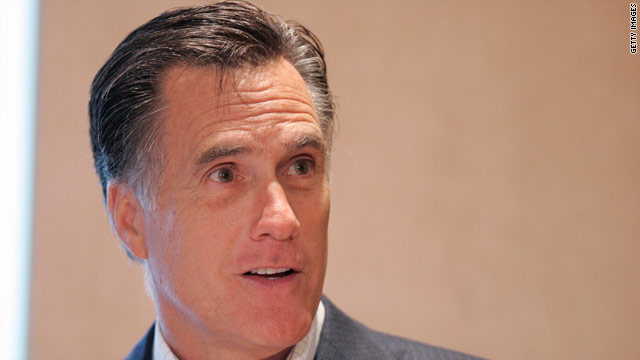 Washington (CNN) – Fundraisers working for Mitt Romney rose before dawn Monday to gather throughout the Las Vegas Convention Center hoping to give his run for the 2012 Republican nomination a financial boost.

As a result campaign aides announced late Monday a much bigger haul than some donors had predicted: $10.25 million. Approximately 800 participants in the eight hour "Call Day" phoned donors across the country.

"We are overwhelmed by the outpouring of support for Governor Romney's campaign," Finance Chairman Spencer Zwick said in a statement. "The results are a strong indication of the national enthusiasm for Governor Romney and his pro-jobs platform. As today's event makes clear, Governor Romney will have the resources to be competitive and to spread his jobs and economy message."

The former Massachusetts governor formed his presidential exploratory committee last month allowing him to start raising money to be used for a GOP campaign.

During the event Monday Romney posted a message on his Facebook page to his supporters saying the effort is aimed at raising money for the kickoff and that "we want to make sure we connected with our friend and network to show the support" for what he called his "budding campaign."

In answers to previously submitted questions, he mostly focused on the economy and criticism of President Obama's handling of it. Romney also said that issue is how a GOP candidate can be victorious next year. He then repeated some of the general principles he would put into place, including cutting government spending, repealing the health care reform law, becoming more energy independent and streamlining government red tape.

Romney has been touring the country meeting with donors and fundraisers as he hopes to bring in an impressive haul for this quarter to show his strength as a candidate.

With former Arkansas Governor Mike Huckabee and real estate mogul Donald Trump now not running for the Republican nomination, Romney is the candidate who polls the best among the remaining candidates and is seen by outside analysts as the candidate with one of the strongest organizations and list of financial bundlers.