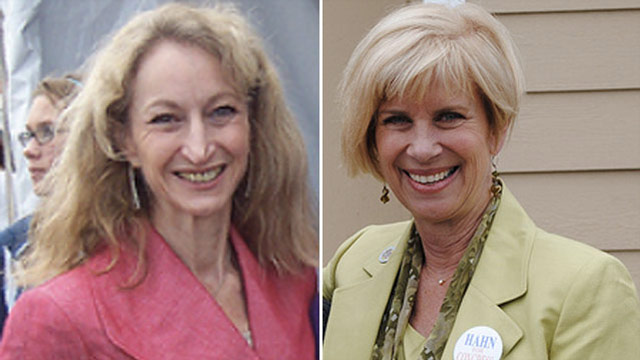 The heavily blue district is not likely to have a final winner by the day's end, as frontrunners Debra Bowen, the current secretary of state, and City Councilwoman Janice Hahn are expected to finish in the lead. The margin between the two will likely be so close that neither will win more than half the vote, forcing a run off in two months.

Harman announced her retirement in early February after serving nine terms in the House of Representatives. She left to head the Woodrow Wilson Center, a think tank in Washington D.C. Within hours of the resignation Hahn announced her candidacy for the House seat; in the weeks that followed she gained endorsements from heavy hitters like Sen. Dianne Feinstein, Los Angeles Mayor Antonio Villaraigosa, and the Los Angeles Times, as well as backing from unions.

But Bowen joined the race days later with the benefit of name recognition from her statewide post and experience representing a large part of Harman's district during 14 years in the state legislature. She drew endorsements from the president of the California chapter of the National Organization of Women and environmental groups including the Sierra Club.

In recent days, the campaign has gotten messy, with attacks flying in both directions. Bowen's campaign has openly criticized Hahn for accepting donations from lobbyists and developers while Hahn has hit back through direct mail. Hahn's accusations hit close to home by questioning Bowen's vote as a legislator to deregulate the state's energy system and prompting environmental backers to defend Bowen's record.

In one open letter, "environmental leaders" asked Hahn to stop her "deceptive and hypocritical campaign tactics."

Polls are open in the district until 8 p.m. PT. A candidate must gain more than 50 percent of the vote to be declared the winner. If the election does not result in a majority, the top two finishers will advance to a runoff election July 12.