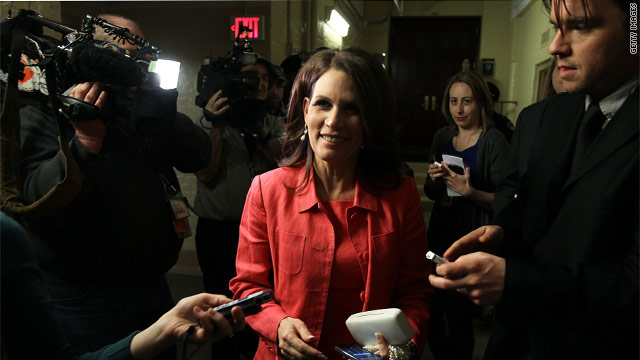 Bachmann 2012 announcement, sooner rather than later?

"The recent response from people, in terms of Facebook activity and donations, has been amazing," Bachmann said in a statement Tuesday. "And it is forcing us to probably speed up our timing. We were looking at June, but we may make a decision in May."

Bachmann previously said she would make a decision by June, or possibly earlier.

The Minnesota Republican and Tea Party favorite has traveled to early presidential primary and caucus states including Iowa, New Hampshire and South Carolina.

In a recent CNN/Opinion Research Corporation Poll, Bachmann received support from 7 percent of Republicans and independents who lean Republican when pitted against other possible and declared GOP candidates.