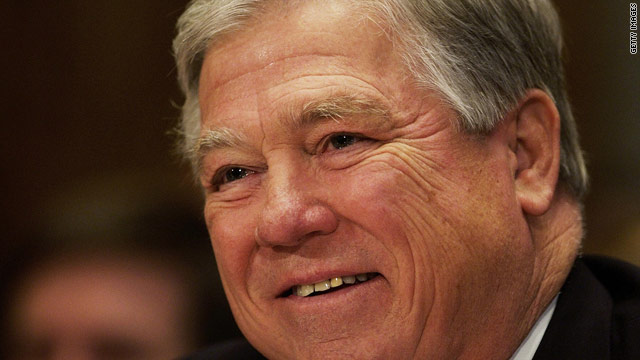 Dallas (CNN) - Mississippi Gov. Haley Barbour, who was on the cusp of a presidential campaign before backing away from a bid last month, said Monday that Indiana Gov. Mitch Daniels should join the race for the Republican presidential nomination.

Barbour is a friend and political ally of Daniels, who has remained coy about his presidential intentions despite entreaties from veteran Republican operatives and donors.

“I think every good candidate ought to run, and I think Mitch would be an extremely good candidate,” Barbour told CNN in a brief interview at the Republican National Committee’s state chairmen’s meeting in Dallas.

Barbour made the trip to Texas to address a welcome reception for RNC members.

Daniels told reporters last week in Indianapolis that he had spoken with Barbour since he decided not to run for president, but would not say what the two discussed.

Barbour also declined to reveal more about the discussions.

“I have just made it my business in my political career that I don’t share with other people private conversations,” he said.

Asked if he expected the current Republican presidential field to expand beyond the current crop of candidates and potential candidates, Barbour responded: “You shouldn’t count that out.”