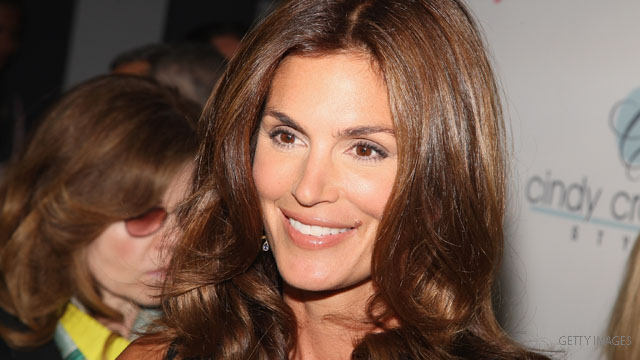 (CNN) - She backed President Obama in the 2008, but now actress and model Cindy Crawford is appearing in a video for all-but-declared GOP presidential candidate Mitt Romney.

Eric Fehrnstrom, a spokesman for Romney said "Cindy Crawford appears in a demonstration video at Romney call day to show people how to use ComMitt fundraising software," via Twitter Monday.

Crawford, who sported Obama apparel during the last presidential election also contributed monetarily to his campaign. Federal Election Commission records show Crawford and her husband businessman Rande Gerber donated $4,600 – the maximum amount allowed for a couple at the time – to then-candidate Obama in August 2008. However, their other political donations have been largely to Republican candidates and groups, including former President George W. Bush, Delaware Republican Senate candidate Christine O'Donnell and the Republican National Committee.

Annett Wolf, a spokesman for Crawford told CNN she appeared in the video as a favor to Romney's son, with whom she is friendly.

"She's not politically aligned with any party or candidate," Wolf said.