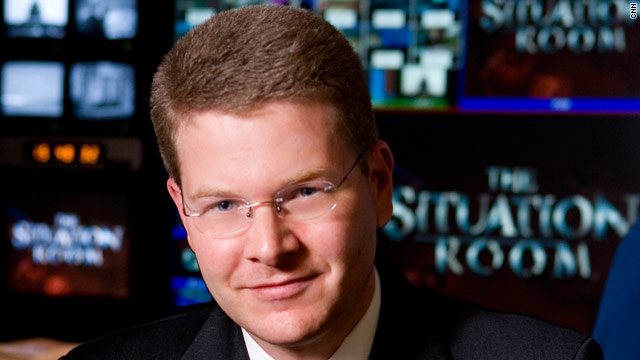 Washington (CNN) – Sam Feist, a 20-year CNN veteran with an extensive background in programming and newsgathering, was named by the network Tuesday to be its new Washington bureau chief.

Feist previously served as political director and vice president of Washington-based programming, where he played an instrumental role in shaping CNN’s award winning political coverage in 2006 and 2008, as well as helping create the network’s Washington-based shows including John King, USA, The Situation Room with Wolf Blitzer and State of the Union with Candy Crowley.

“His experience, vision, and understanding of our nation’s capital will ensure CNN’s Washington bureau and its coverage remain second to none.”

A graduate of Vanderbilt University, Feist began as a freelance producer in CNN’s London bureau in 1990 and moved to the network’s global headquarters in Atlanta the following year. He joined the Washington bureau in 1992.

Over the past 18 years, Feist has served as executive producer for CNN’s weekend programming, managed the production of political shows such as Inside Politics and Crossfire, and was the founding executive producer of Wolf Blitzer Reports.

In addition to coordinating and producing CNN’s nine presidential primary debates in the 2008 campaign, Feist has produced live interviews with world leaders ranging from George W. Bush and Bill Clinton to Mikhail Gorbachev and Yitzhak Rabin.

“I couldn't be more excited to take on this new role and build on the great journalism and the tremendous expertise of the CNN Washington bureau,” said Feist, who was also promoted to senior vice president. “It is not only one of the largest news bureaus in the world, it is undoubtedly one of the finest. Leading this outstanding team at a time of dynamic change in our industry is invigorating and humbling.”

Feist, a member of the Council on Foreign Relations, received a law degree from the Georgetown University Law Center.