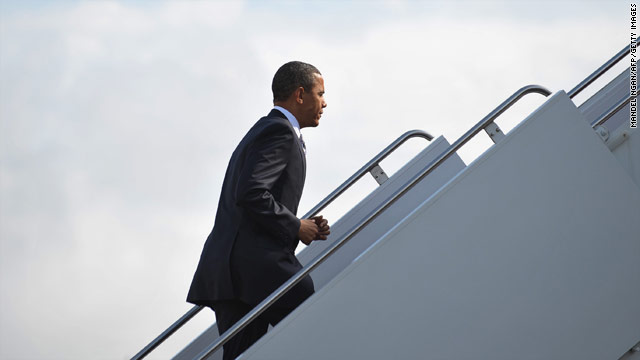 Washington (CNN) – Even the commander-in-chief takes a back seat to bad weather. Wednesday, just as Air Force One was approaching Hartford’s Bradley International Airport to land, the pilot executed a missed approach and circled around.

Federal Aviation Authority spokeswoman Laura Brown tells CNN, "The plane had not yet reached the runway and the weather was 'bad' so the pilot circled around and lined up for another landing."