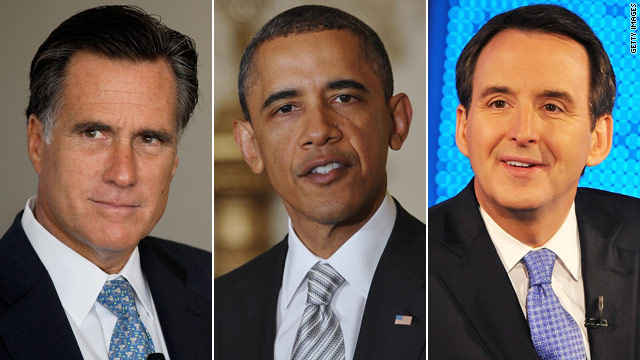 (CNN) - President Barack Obama and two Republicans who hope to replace him, former governors Mitt Romney of Massachusetts and Tim Pawlenty of Minnesota, are all separately holding fundraising events Wednesday.

The president will be the main attraction at two gatherings in Boston. According to a Democratic source with knowledge of the fundraisers, the first is a reception at the Cyclorama at the Boston Center for the Arts and the second is a dinner at a private residence. There will be approximately 900 people at the reception and 130 at the dinner.

While the president is the headliner for the events, he might share the spotlight with two people also attending the reception: All-star professional basketball player Ray Allen, who plays for the Boston Celtics, and Celtic's legend Bill Russell.

Tickets for the two events range from $200 to the legal maximum limit of $35,800 that an individual can contribute for both the primary and the general election. The money raised will go to the Obama Victory Fund, with the proceeds being shared by both the president's re-election campaign and the Democratic National Committee.

This is the second night of fundraising this week for Obama. The president headlined two fundraisers in the nation's capital on Monday night.

Romney Wednesday holds a fundraiser in Austin, Texas, as part of a two day swing through the Lone Star state. A source close to the Romney campaign confirms the event, and says that the focus right now for the former Massachusetts governor and 2008 Republican presidential candidate is on fundraising.

"We are overwhelmed by the outpouring of support for Governor Romney's campaign," Finance Chairman Spencer Zwick said in a statement.

Romney has been touring the country meeting with donors and fundraisers as he hopes to bring in an impressive haul for this quarter to show his strength as a candidate.

Meanwhile Pawlenty will be the main attraction Wednesday night at a fundraiser in Minneapolis. A source with knowledge of the event says several hundred longtime supporters are expected to attend, with tickets ranging from $1,000 to $2,500.

"We are raising it because we believe we'll be the nominee and want to be ready for the Democrats." says Pawlenty spokesman Alex Conant.

Both Romney and Pawlenty have set up presidential exploratory committees with the Federal Election Commission, but neither has yet officially declared their candidacy for the White House.