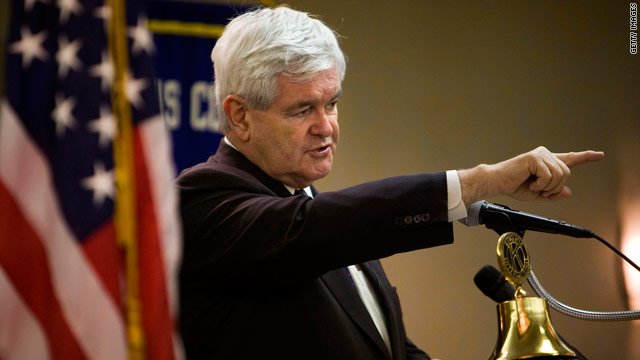 In apologizing for his critical comments of House Budget Chairman Paul Ryan's Medicare plan, the former House Speaker and GOP presidential candidate is warning Democrats not to use his controversial comments from Sunday's "Meet the Press" in any commercials.

Thursday morning the Democratic National Committee went up with a web video which showcases both Gingrich's Sunday comments and the ensuing pushback against what he said by a number of top conservatives, to highlight the Republican stance on Medicare.

As of now, the DNC is not paying to run the ad on commercial television. The video can be viewed on the DNC's website and on YouTube.

"If there's one lesson we learned from the ferocity with which Republicans attacked their supposed 'ideas man' and the speed with which he caved, it's that dismantling Medicare is the new litmus test for any would-be Republican presidential nominee," says DNC spokesman Hari Sevugan.

Since then Gingrich has apologized to Ryan and conducted interviews with conservative commentators in what appears to be an attempt of damage control.

The House GOP 2012 budget, authored by Ryan, the Wisconsin Republican, passed the House last month without a single Democratic vote and included a proposal to overhaul Medicare. Under the plan, the government would no longer directly pay medical costs for those 55 and older, but instead would offer subsidies for seniors to use to get private health insurance coverage. A recent CNN/Opinion Research Corporation poll indicated that 49 percent of Americans prefer President Obama's approach on Medicare, with four in ten favoring the GOP proposals on Medicare.

White House Communications Director Dan Pfeiffer is also weighing in on the Gingrich controversy, saying on Twitter Wednesday that the "biggest takeaway from the Gingrich flap – ending Medicare as we know it is the new GOP litmus test."