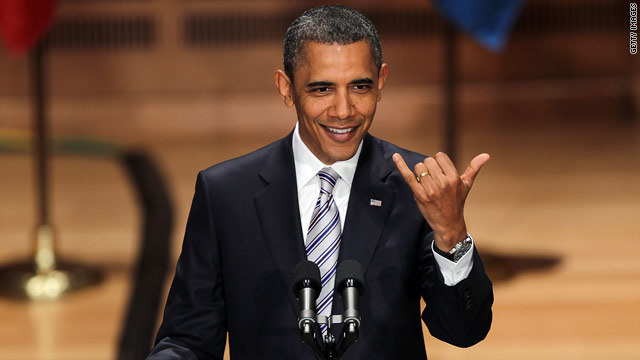 After giving a major address on the Middle East earlier Thursday, the president is the main attraction at two evening fundraisers. Obama headlines the Women's Leadership Forum's 17th Annual National Issues Conference at the Grand Hyatt in the nation's capital, and then attends a dinner at a private residence.

A Democratic source with knowledge of the events says approximately 550 people will be at the Women's Leadership Forum, including former Secretary of State Madeleine Albright, Rep. Debbie Wasserman Schultz of Florida, who is the new Democratic National Committee chair, and Sen. Kirsten Gillibrand of New York. The source adds that approximately 50 people will attend the dinner.

The Women's Leadership Forum (WLF) was founded in 1993 and aims to engage female leaders and activists in the Democratic Party.

Tickets for the events range from $250 to the legal maximum limit of $35,800 that an individual can contribute for both the primary and the general election. The money brought in from both fundraisers will go to the Obama Victory Fund, with the proceeds being shared by both the president's re-election campaign and the DNC.