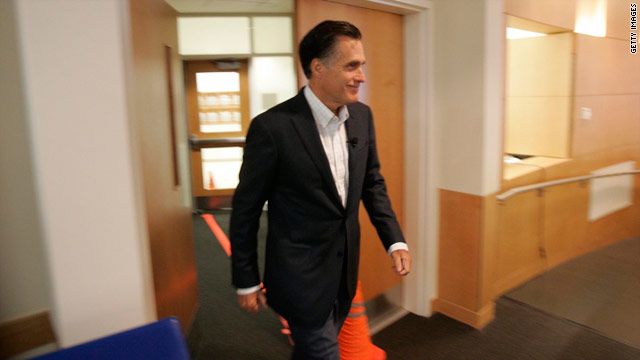 (CNN) - He hasn't been spotted in South Carolina since the fall of 2010, but Mitt Romney, the presumptive frontrunner for the Republican presidential nomination, is making his campaign debut in the pivotal early primary state this weekend.

The former Massachusetts governor will hold an event in the Columbia area on Saturday to discuss the economy with small business owners, a Romney aide told CNN.

Romney's exploratory committee also announced a new hire Thursday to help steer his campaign in the state: David Raad, who will serve as Romney's senior adviser in South Carolina. It's the first staffing move Romney has made in the state ahead of an expected presidential bid.

Hiring Raad, who has deep South Carolina roots but hasn't been an active player on the state's political scene since doing fieldwork for George W. Bush's 2000 campaign, represents a strategic departure from Romney's last presidential campaign.

In 2008, Romney hired a team of veteran consultants and poured millions of dollars into South Carolina, only to finish fourth in the Republican primary.

Still, Raad has a long political resume and won praise from GOP insiders during the 2010 election cycle as National Field Director for the Republican National Committee.

CORRECTION: The article originally stated Romney hasn't visited South Carolina since the summer of 2010, when he campaigned with Gov. Nikki Haley. He visited the state in October in support of then-House candidate Mick Mulvaney.