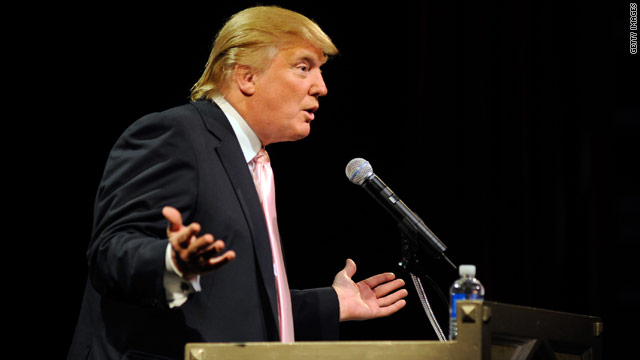 Washington (CNN) – The Iowa Republican party chairman canceled a major fundraiser Thursday and blasted Donald Trump for breaking his commitment to speak at the June event.

Trump was scheduled to be the keynote speaker at the Lincoln dinner. But on Thursday he informed the party he was canceling his appearance. Iowa Republican Party Chairman Matt Strawn didn't hold back his disdain.

"In Iowa, your word is your bond. We are disappointed Mr. Trump has chosen not to honor his commitment to Iowa Republicans," Strawn said in a statement.

On Monday, just after Trump announced he would not be seeking the Republican presidential nomination, he told party officials he was reassessing his commitment.

The dinner was expected to be a major draw and had been moved to a larger venue.

Several of the other Republican contenders have been appearing at events sponsored by the party.

A spokesman for Trump did not respond to a request for comment on the cancellation.