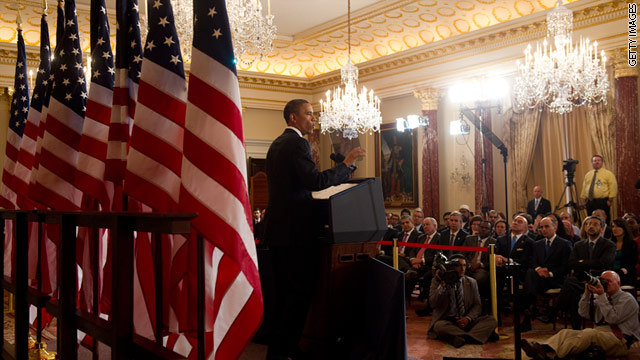 GOP contenders: Obama has 'thrown Israel under the bus'

Washington (CNN) - As President Obama's speech on the U.S. role in the Middle East is getting praise by some around the world, it is also receiving harsh criticism from political opponents at home.

One Republican presidential hopeful is accusing the president of having a dangerous foreign policy, while another claims Obama is making a "dangerous demand." Two others alternately claim the president has "betrayed" and "disrespected" Israel.