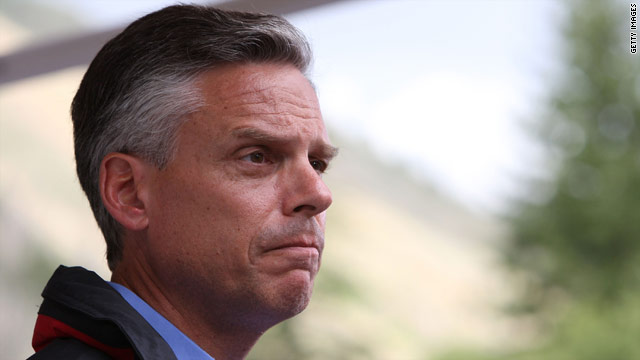 But in an interview with ABC News airing Friday, the former U.S. Ambassador to China said he’d serve the president again if he was asked.

"I'd do it again, of course," he added. The interview came as Huntsman kicks off a five day swing throughout the key primary state of New Hampshire as he gets close to making a presidential decision.

The comments are largely in line with his previous rebuttal to some Republicans who view his service under President Obama as nothing short of apostasy. Instead, Huntsman and his aides have sought to characterize his ambassadorship as serving the United States more than serving the president.

But it remains to be seen if rank-and-file voters will buy into the distinction, especially in light of recently revealed letters Huntsman authored that showered praise on both Obama and former President Clinton.

"He chose me, a Republican, and I wrote that to him by way of a thank you note," Huntsman said of his letter to the president. "I do a lot of them, too. And it was my way of expressing what I thought about his election."