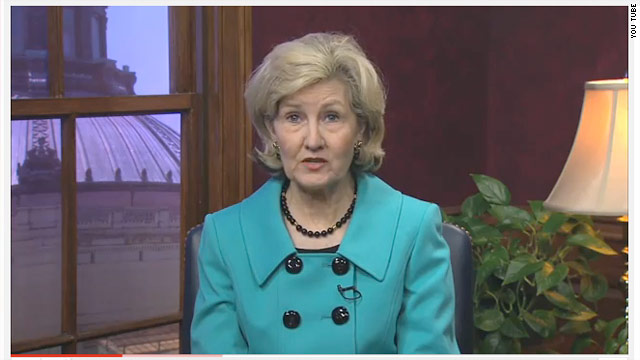 “Republicans have consistently called for greater access to our domestic sources of energy to spur good American jobs, and to prepare for circumstances we can’t control, like natural disasters or unrest in the Middle East that creates instability and drives up the cost of a barrel of oil,” Hutchison said in the GOP weekly address.

“We have vast resources under our land and we need to safely explore and develop them to have a stable energy supply for our consumers and our economy,” she said.

In response to rising gas prices, Republicans proposed a measure this week to expand offshore oil and gas drilling in U.S. coastal waters, but the bill was defeated in the Senate on Wednesday.

The Senate also rejected a measure proposed by Democrats to strip major oil companies of about $20 billion in tax subsidies over the next 10 years and use the savings to pay down the federal deficit. Democrats argued that record profits reported by the major oil companies were a sign that they no longer needed large government subsidies.

But in her address, Hutchison chastised the Obama administration for “seeking to impose more regulations and taxes on oil and gas companies.”

“This is placing our own valuable resources out of reach and stifling job creation – their proposals will actually increase pain at the pump,” Hutchison said.

The Texas Republican also singled out the six-month offshore drilling moratorium imposed by the Obama administration following the April 20 explosion of BP's Deepwater Horizon drilling rig in the Gulf of Mexico, lamenting that the drilling freeze continues to negatively affect the energy production industry.

“While companies were forced to stop operations, they had to continue paying to lease lands they were prohibited from using. Leaseholders sat idle for a year, losing valuable exploration time through no fault of their own,” Hutchison said.