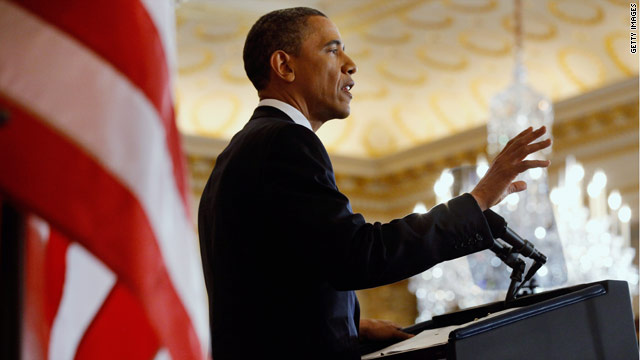 Toner said Mr. Obama's speech was "fairly wide-sweeping," and described the relationship between the United States and Saudi Arabia as "important."

In what the Administration billed as a major policy speech Thursday laying out his policies toward the region, the president pointed to recent popular uprisings in Egypt, Tunisia, Libya, Syria, and elsewhere, but he "didn't talk about the 800-pound gorilla that is Saudi Arabia," said Fareed Zakaria, host of CNN's "Fareed Zakaria GPS."

Saudi Arabia is "where America's interests and values most obviously clash," Zakaria said.

"Street protests in Saudi Arabia might warm our hearts, but they could easily lead to $250-a-barrel oil and a global recession. That's a tough one," Zakaria said.

As of February, Saudi Arabia exported over 1.1 million barrels of crude oil per day to the United States, making that country the second largest supplier of foreign oil behind Canada, according to the Department of Energy.

Protesters have been staging demonstrations in Saudi Arabia in recent months, calling on the government to grant more rights and release Shiite prisoners.

And a 32-year-old Saudi Arabian woman who has crusaded for women to drive in her country said she was stopped Saturday for driving a car, despite no formal laws in that country precluding her from doing so. Manal al Sharif, a mother of a 5-year-old boy, told CNN authorities released her and then tried to detain her again early Sunday.