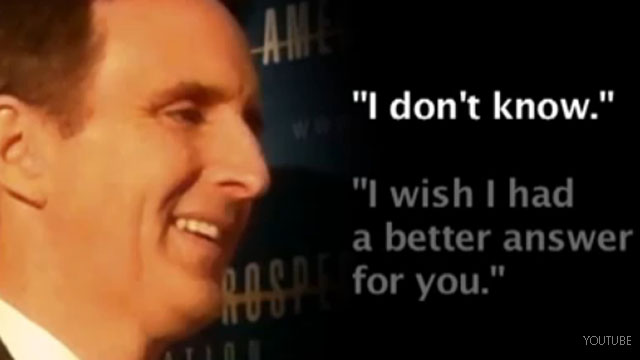 On the same day former the Minnesota governor will announce his candidacy for president, the Democratic National Committee released a web spot questioning the Republican's intentions.

In the interview Pawlenty said he first considered running for president 15 or 20 years ago but he felt obliged to "go make some money and play hockey and drink beer."

The minute and a half ad also points to his approval ratings at the end of his second term as governor and takes swipes at his stance on cap and trade and praise of former President George W. Bush.

The DNC used the same TIME quote to jab Pawlenty on Friday and criticized him during the first GOP presidential debate, which was held earlier this month in Greenville, South Carolina. Three of the five DNC "fact checks" targeted Pawlenty, who was considered the only A-lister of the five candidates on stage.