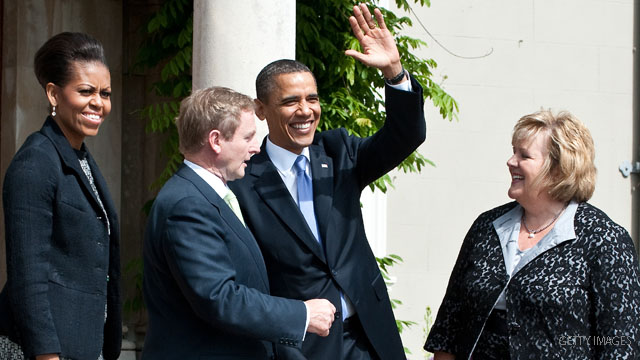 Obama praised Ireland for its work on issues of peace, security and human rights. In a meeting with Kenny, Obama cited Ireland's contribution in particular to an agreement that brought peace to Northern Ireland.