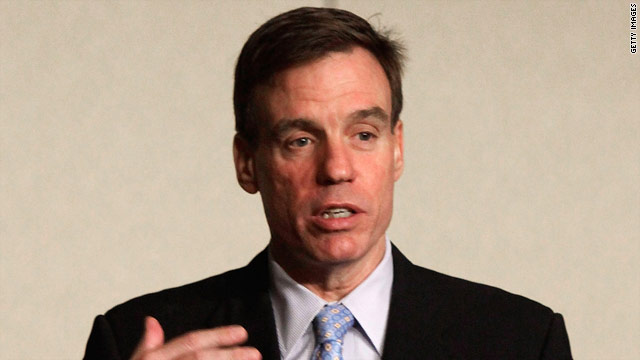 WASHINGTON (CNN) - In what could be the Washington equivalent of a Komodo dragon spotting, senators known as the Gang of Six made a rare public appearance on Wednesday – at least some of them.

"It has not been hard. I think we like one another and that helps," said Sen. Dick Durbin, D-Illinois. "We have a different point of view on some issues but we work through it. It almost sounds like a legislative process and it's something we want to encourage."

"The fact that we can have six senators sit in a room for almost six months in this town and the contents of the discussion not get out, that's the way the Senate used to work," said Sen. Saxby Chambliss, R-Georgia. "At times, all of us became frustrated but we always came back together. Unfortunately, Senator Coburn made the decision last Tuesday and exited the group and, as he said, take a break."

Last week, Sen. Tom Coburn, R-Oklahoma, announced that he was "taking a break" from the deficit discussions, making the group, for now, a party of five.

Despite Coburn's absence, the group has continued to forge on with encouragement from their peers.

"You'd be surprised at the number of senators, viewed as one end or the other of the political extreme, who have said to everyone of us individually, stay at this, because what is the alternative?" said Sen. Mark Warner, D-Virginia.

Sen. Mike Crapo, R-Indiana, echoed the spirit of the group. "We are truly doing something that I haven't seen done in the United States Senate for a long time and that's to sit down as Republicans and Democrats and try to bridge the difference between our parties and our politics and America's politics on the most phenomenally broad-based issues of our time."

Although they did not give any timeline as to when they will release their deficit reduction plan, the senators did hint that their plan will involve raising revenue, likely through closing some current tax loopholes.

Sen. Kent Conrad, D-North Dakota, was not able to attend the panel due to last-minute changes in the Senate's schedule.